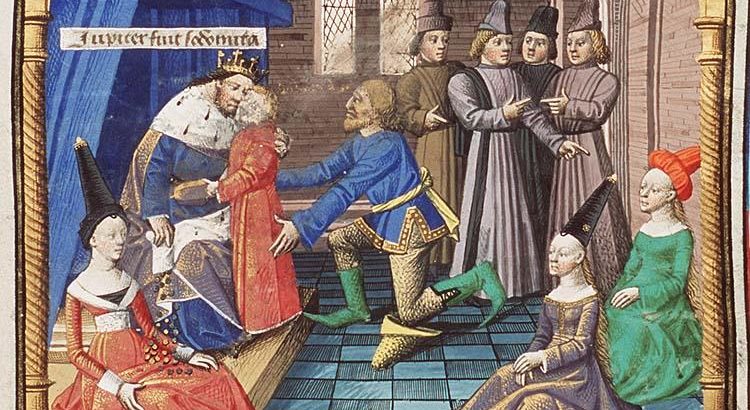 Digital is hot! Nowadays nearly everything and everyone is online. Within public history digitalisation seems to be the new fancy plaything, which is used more frequently. Many museums and archives started to create digital catalogue that showcase their objects. During the research for my Bachelor’s thesis last year, which was about the representation of Ganymede’s myth in medieval art, I frequently came into contact with these catalogues. Needed to find interesting images of the myth, I spend my entire Christmas break searching online catalogues. In one of them, Medieval Illuminated Manuscripts, I found the Ganymede miniature (picered above) I ended up using, therefore I worked a lot with the digital Medieval Illuminated Manuscripts to find additional information.

The catalogue consists of almost 11.000 digitalised images of illustrations from Midieval manuscripts. These manuscripts are held by either the Koninklijke Bibliotheek (KB), the Dutch National library, or Museum Meermanno-Westreenianum. Because of the large amount of illustrations held in each manuscript, the KB has limited itself to only cataloguing iconographic images and not the whole manuscript itself. Pen-drawing decorations are not included, simply because the KB does not have the ability to digitalise them in a proper manner. The initiative of the online catalogue came from the KB, they started the digitalisation project in 1998 in collaboration with the Department of Computer & Arts of Utrecht University. This collaboration would only last for a year, after which KB could do the digitalisation process by itself. In an effort to expanse the online catalogue the Midieval manuscript collection of the Museum Meermanno-Westreenianum was added in 2001. Even though this seems very innovative, there is still a question to be answered, does this digital catalogue work? In order to determent this, it is a good idea to look at the positive and negative sides of the catalogue.

To start with the positive sides, the first one is safety. Assuming that the documents were not damaged during the digitization process, the original manuscripts can stay in their safe and controlled environments where there is virtually no chance of them being damage. This also assures that the whole collection can be shown appose to having to limit the time the real objects can be out in the limited rooms of the KB and Museum Meermanno-Westreenianum. Another positive point is accessibility. Putting the catalogue online assures that more people can visit, after all it is easier to go to a website than to go to the KB or the Museum Meermanno-Westreenianum. Then there is the point that you can access the site anytime you like. Whether it is the middle of the night or a national holiday, the site is always open, contrary to the actual buildings, where you also often have to put in a request in order to see the documents. This makes access to the collection easier, especially for non-professional users, because lay people do not feel like they could request a document as easily as professionals. The last positive side I like to mention is the possibilities the digital and online world brings. The original 1980 paper catalogue of the KB has limited space whereas on the site they could go as large as they wanted. This means that more imagines are shown, more information is given, and is easily changed if needed, but also that you, as an user, can organize the miniatures anyway you like. On Midieval Illuminated Manuscripts the illustrations can be organized by name of the illustration, name of the illustrator, time period, geographical location and manuscript. Futhermore it is easier to browse per subject or search specifically.

Despite the positive sides, there are also negative side to the digital aspect, as I noted when I worked with it. First I like to start with a common misconception; things on the internet are not unbreakable. Everything that is digitalised is physically stored somewhere, which means it can breakdown. Another negative side is the misinformation the digital reproduction unwillingly gives. For example, the size of the digital reproduction is highly dependent on the size of the screen on which the reproduction can be seen, the miniature seems smaller on a small display than on a large one. Despite that the measurements are given, this gives a distorted picture, certainly for anyone, like me, who does not think well spatially. Therefore the miniatures on Midieval Illuminated Manuscripts seems larger than they really are. Also the digital reproduction is never as beautiful and clear as the original. On the digital reproduction of the Ganymede miniature picture above, the damage at Ganymede’s head seems as if the paint was wiped out, while the original clearly shows that it has been scratch away. This information is not given, and without having seen the original, I would have been completely different (and possible wrong) in my analysis of the miniature. This brings me to the last and most important disadvantage of this digital catalogue. The KB and Museum Meermanno-Westreenianum tent to be very protective of their collection. This led the Museum Meermanno-Westreenianum to adopt a policy that when people want to examine a miniature from their collection, they are not allowed to see the manuscript itself. The images are online, therefore one can no longer see the original, if not present in the museum. Only this will ensure that many insights will not be found, because the original remains necessary for them.

As shown with my analyse of the digital Medieval Illuminated Manuscripts, digitalising can be both good and bad. I think it is important that we understand how digitization can help as professionals and layman, but we certainly should not lose sight of the disadvantages. The digital world is a tool that we can use, but let us not forget what our field of expertise revolves around: the historical objects. If we want to keep practicing our jobs satisfactorily, we should not put these object under lock and key in order to protect them, but we have to keep using them, just as we can use the new shiny plaything, digital history.