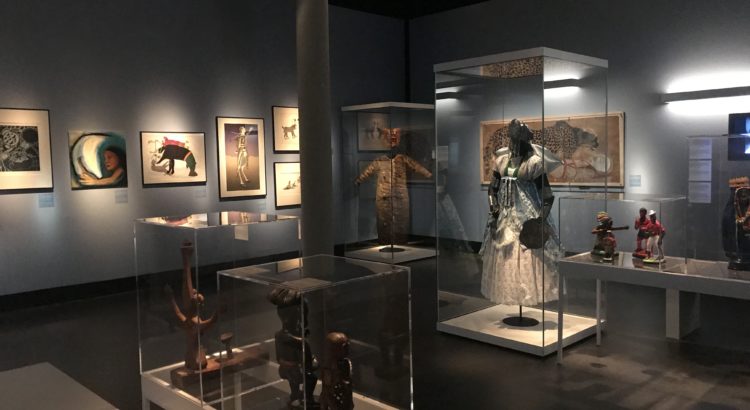 The Western world has been sceptical and critical about alternative medicine for centuries. In Europe’s early 15th century, witches were burned at the stake, because people believed that they befriended the devil. Nowadays, modern witches obviously do not get burned anymore, but still many people look down on witchcraft and other alternative medicine methods. However, there are also many advocates of alternative medicine, who believe that these methods are far more reliable and safer than regular medicine. In fact, this point of view is actually getting more popular than scepticism.

Integral medicine, an umbrella term for the use of complementary and alternative medicine in combination with regular medicine, is used more often nowadays. This popularity matches the central role of inclusion in today’s society.[1] In connection to this discussion and topic, the Museum Volkenkunde (Museum of Ethnology) in Leiden opened an exhibition, called ‘Healing Power’. In this exhibition, alternative medics have the opportunity to tell their story and explain the medicine methods they practise.

The first sign in the museum tells us about the discussion mentioned above and about how it wants to offer a platform to controversial traditions that are active in the Netherlands. These traditions are based on different cultures, where ritual specialists are called in to reassure the balance between body, soul and spirit. In an interview with the Leidsch Dagblad, conservator Cunera Buijs stated that it is not strange that people are looking for new ways to balance the body, soul and spirit, since we live in such a hectic and stressful society. However, the museum explicitly disclaims accountability, stating: ‘with this exhibition, the museum does not mean to make a statement as to whether these practices work’.

Although the first sign raises the expectation that the exhibition is focused on Dutch ritual specialists, this could not be further from the truth. The museum may start with various Dutch medics, such as a modern witch, a Mestizo shaman and a kossalite (a special rank in the West African Vodun religion), the exhibition then proceeds to different rooms, focused on other cultures. Not only do we see the traditions that the alternative Dutch medicine methods are based on, but the exhibition also tells us about other ‘non-Western’ traditions and religions among, for example, Northern-Norwegians, the Mongolians and the Canadian Inuit. For me personally, this was quite a considerable transition: from a Brabantian witch to Mongolian religious art.

Moreover, on the topic of art, there was a lot of variety as well. For example: a cross that represents the different stages of life by the Cuban-African artist Santiago Rodiguez Olazábal met the performance The artist is present by Marina Abramoviç, who sat on a chair for days to give people a healing experience. Apart from religious and healing art, there was a third category: critical art. For instance, the first thing you saw when you walked into the exhibition, was Freud White Sacrifice by Sokari Douglas Camp, where Camp shows that she thinks psychoanalysis is a typically Western approach to psychological problems. To me, the mix between religious, healing and critical art was slightly curious, since the three art forms have different goals and origins.

The museum presents many different traditions, religions and medicine methods. On the one hand, this offers us a broad range of alternative medicine and its origins. On the other hand, by presenting so many things, the exhibition gets a bit confusing and even worse; it makes the exhibition less understandable and relatable. Of course, it is the Museum of Ethnology, so it should give us a broad image of alternative medicine of different ethnicities. However, it appears as if the exhibition shoots beyond its purpose. If we take a look at the first sign in the museum, it seems the museum wanted to present a platform to alternative medics, who are usually considered controversial, so that they can help ‘normalize’ integral medicine. Of course the museum stated that they did not make any comment about whether these medical methods do or do not work, but it did seem as if they wanted to start a tolerant discussion about alternative medicine, by giving the Dutch medics an opportunity to explain their methods.

However, by showing these Dutch methods in the same exhibition as Mongolian methods, which are based on completely different traditions and even more importantly, on different religions, it seems as if they have alienated the subject of alternative medicine even more. In my opinion, a slightly sceptical visitor will leave this exhibition even more doubtful, after seeing a Dutch modern witch followed by a shamanist in Mongolia. Of course, these traditions are comparable to each other, but for a visitor of the Museum Volkenkunde, I can imagine that the Mongolian shamanism is a too distant subject, with traditions and a religion they cannot relate to.

With respect to this topic, we can reflect on how museums should contribute to social and medical issues. Is it the role of a museum to engage in a discussion like this or to stay neutral? The National Alliance for Museums, Health and Wellbeing argued in their second report that museums can potentially play a key role in piloting frameworks through which people can be signposted to the cultural and community resources they require.[2] In this case, the Museum Volkenkunde could have given a clear view of what Dutch alternative medicine indicates and how we could use this in combination with regular medicine. Then, it would be up to the visitor to stay sceptical or to engage with the issue. Other religions and traditions could have been shown in a separate exhibition, related to this issue.

In short, I think the Museum Volkenkunde has alienated Dutch alternative medicine by showing them in the same exhibition with other, more culturally distant traditions and religions, which are more difficult to understand and connect with. Since recent scientific studies have shown that today’s society is in need of the inclusion of complementary and alternative medicine, the museum should have split this into separate exhibitions, to create more space for an open discussion about current-day uses of integral medicine.