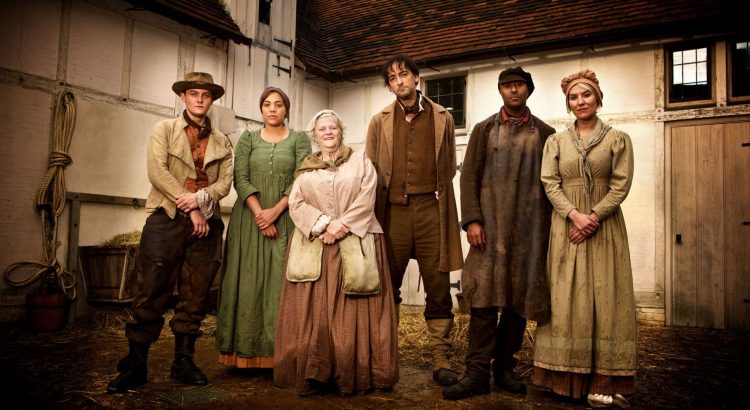 Democratizing history by popular history
Historians have positioned themselves as gatekeepers to the past in a world were more and more popular outings of history are being established. Popular media such as television would not be able to convey the complexity of history and the production and interpretation of history should therefore be controlled by the academic. But shouldn’t historians strive towards a more inclusive approach and use these forms of popular culture to do so? Not only academic historians attach their own meaning to the past, want to learn about the lives of their ancestors and about the past in general. This alone should be a reason to strive towards a democratization of history.

Jerome de Groot covers in his article ‘Empathy and enfranchisement: popular histories’ ways in which popular culture can make history more accessible to a wide audience in order to democratize history. He talks about the role of television in this process. According to De Groot, history on television is a way to enfranchise the audience into history, but the feels like we have to move from a more traditional and top-down version to a more inclusive and experience based form. History television programs should no longer make a passive viewer listen to an all-knowing storyteller. De Groot then covers the subject of historical reality television and explores the influence of the by Collingwood introduced method of re-enactment. Re-enactment should create a form of empathy in order to establish more understanding of our predecessors. According to De Groot, the shift toward ‘reality television’ integrates this re-enactment in order to reach the public on a more personal level to stimulate their understanding of history and to empower the viewer through interactivity.

24 hours in the past
An interesting example of a history reality show is BBC’s 24 hours in the past, which aired in 2015, that focused on experiencing and re-enacting life in Victorian Engeland. In this show, six celebrities have to work in carefully recreated Victorian workplaces, to do ‘the jobs their ancestors were born to do’. Throughout the show they experience hard labour doing dirty jobs, working for strict bosses and earning tiny wages for it. It’s very interesting to see how these contestants made history their own through these activities. Their own experiences on the show are directly projected on Victorian life and history. They no longer simply consume a story but ‘live history’ while reflecting on history and giving meaning to the past. Historical reality TV also provides the viewer with a different outlook on history than traditional history television. Reality television makes history personal and explores daily life that is easier to identify with than stories of great men and great deeds. Reality history also no longer portrays one fixed story: the experiences of the people that are ‘living’ in the conditions of the past shape the story.

Experiencing history?
When starting the ’24 hours in the past’, one contestant expressed that he was excited to ‘literally being transported back in time’. Another contestant talked about how they were ‘going back and live their live’. This suggests that it somehow felt like an actual time traveling experience. The makers of the show tried to recreate the Victorian world in their studio in a very detailed way; they stated that ‘even the horse poop is real’ in order to take their contestants on a ‘journey back in time’. Although the program’s obvious intentions are to recreate the exact situation in order to make people ‘experience history’ in the most authentic way, some concerns are in order. There are limits to the possibilities of re-enactment. The whole experience of the ‘Victorian activities’ in the show is shaped by the contrast with everyday 21st century life. The past isn’t experienced, but the differences between our own daily life and our modern reconstruction of Victorian daily life is experienced. Our 21st century outlook makes it impossible to really identify with people in the past and to relate with their lives in an authentic way. Contestants and viewers might not get so close to ‘history’ as they think they are.

History for all
Re-enactment in reality history television should not be portrayed as a way to relive the past. But apart from that, re-enactment in reality history television is an invaluable way to engage a broader public with history. The emphasis on big differences in living conditions provides a clear frame in which daily life can be compared. This causes a focus on shock and alienation that provides a way of learning by amazement, an approach that may interest a bigger public than historical documentaries that focus solely on transferring historical facts. The personal approach of history reality TV also contributes to reaching out to a more varied audience. People who would normally not be likely to tune in on a historical show might be persuaded to do so because of the popularity of reality television. This possibility to reach a lot of people can contribute to the process of giving back history to the public, and providing people from outside of the academic world with accessible views on history. By giving a broader public access to the past, historical reality television can contribute to making history public, instead of the private domain of the historian.