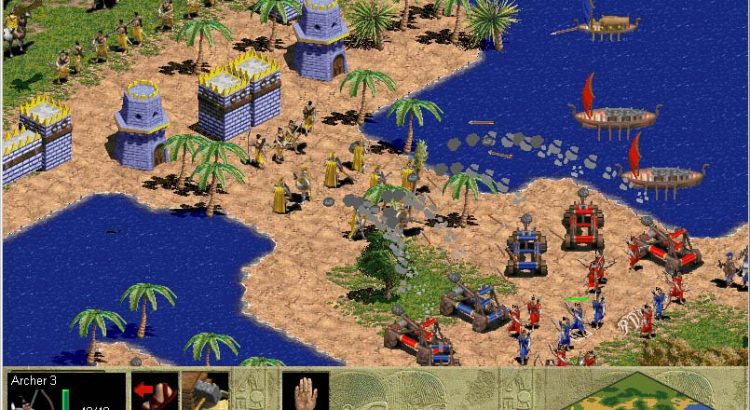 Perhaps it is because of what I studied. It is hard, for most people, to find common ground in studying Latin syntax, or in trying to memorize names of ancient kings like ‘Suppiluliuma’. It can get a bit lonely at times, being an ancient historian.

So imagine my excitement about meeting people who could relate to me, in any way. As an ancient historian, I didn’t get to be picky. But since I started the Public History master, I’ve begun to suspect that many ‘regular’, wide-range historians are used to being the cool kids on the block. And it has resulted in a strange kind of snobbism.

For instance: Jerome de Groot. He’s a young, successful researcher of the representation of history in modern culture. Yet I found him quite conservative in his opinions about historical videogames. In his article Empathy and Enfranchisement: Popular Histories he states that some war-themed videogames are too heavily organized:

I highly doubt that actual WWII soldiers could do these things. So even if some videogames are very organized, simply because this is necessary for the game to work, I don’t regard this as a limitation. I think it is historically accurate that the game unfolds in the same way history has. Soldiers didn’t have a choice either. They followed orders, and had to suffer the consequences.

De Groot’s conservatism makes another appearance later on, when discussing the use of short film fragments in games:

“This odd combination of historical and military ‘authenticity’ allied to Hollywood rhetoric is  immediately clear in Battlefield 1942 (2002)”. – p. 407

Why is this an ‘odd combination’? Why is the creation of a clear narrative, in order to make history accessible to a larger audience, presented as a bad thing? Apparently, players think about authenticity in videogames, they appreciate it. Isn’t this a marvellous thing in itself? It seems that Jerome de Groot doesn’t think so. Has he become too used to people liking history in general? Has this made him picky in distinguishing good and bad historical activities?

Personally, I feel we should encourage the continuation of this audience’s interest in history. If that means using epic suspenseful action music, film fragments and ‘Hollywood rhetoric’, that’s perfectly fine with me. Because the profit of people being truly interested in history is much, much larger than the loss of certain subtleties.

Not because these subtleties don’t matter, because they certainly do. Especially to us, historians. But many of the gamers were never going to be interested in or capable of understanding these subtleties in the first place, because it is not their field of work. Gamers are not all historians, both online and offline, and we should not measure the worth of their games by our standards.

Of course, I’m merely using this blog to point out the things De Groot and I disagree on. I think he has an original point of view, and draws many valid conclusions. I do plea, however, for a more enthusiastic approach to historical games in general.

A 2014 study by Radboud Universiteit Nijmegen suggests gaming causes cognitive, motivational, emotional and social benefits. I can personally confirm small-scale social advantages. Age of Empires has been a blessing for all lonesome ancient historians. It provides the players with quite accurate information about ancient civilizations and their armies’ strengths and weaknesses. And considering its popularity, it has given us some common ground with the rest of the world. Is there anyone interested in walking these grounds with me? Just give me a call, I’ll be practising Latin conjugations.