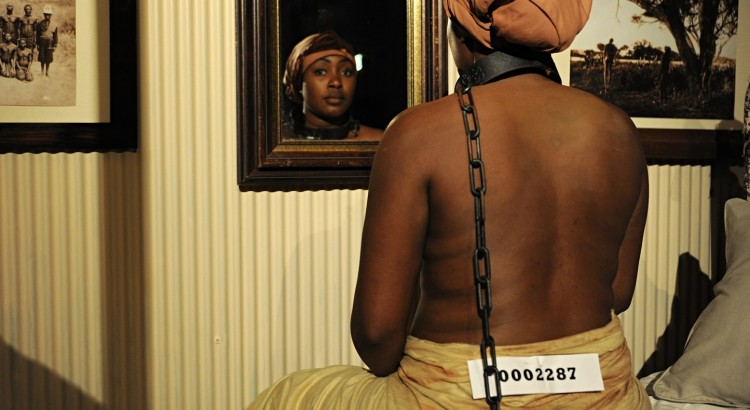 The nature of the decision-making process conducted for an museum exhibition has changed, observes Mark Liddiard in his essay “Changing Histories: museums, sexuality and the future of the past”. Based on interviews with staff and visitors of local, national and independent museums in the UK he describes the following trend: there is an increasing impact of commercial considerations on the selection of exposition material: “At the end of the day we’re a business”[1], as one of the interviewees says.

This contains a growing interest in the visitors preferences – commercial success depends heavily on the number of visitors visiting your museum. New ideas about telling history are growing; marginalized stories can be told because of the interest of the visitor. Liddiard shows this shift of museum exhibitions to more marginalized stories with the specific topic of sexuality. This shift is possible because the public is made ready for it. The public is ready for it because of the occurring shift in the popular media from the mid 1980. Sexuality (homosexuality, women-studies) have now marketing potential for museums.

The proactive museum?
In the end of his article, Liddiard makes a division between reactive and proactive acting of museums. He states that museums played an reactive role in this shift to marginalized histories, as we can read in his argumentation on the pioneering role of popular media[2], but that they have the capacity “to act in a proactive manner”, “having the potential of being at the forefront” [3]. This would desirable of course, but the article is not convincing on this matter. It raises questions about how the museum has to overcome the “conventional” role it plays in society if society is increasingly deciding on its role?

Liddiard makes a distinction between formal media (such as museums) and popular media (such as television). He explains that the sexual shift in society was first seen in television programs as The Secret History of Sex (1980) and Sexual Century (1999). At the time these programs were on TV it was regarded as “ground-breaking”. But the audience accepted this leap forward coming from this popular medium; sexuality became less a taboo. By the time television is no longer thinkable without the theme of sexuality the road is paved for the “formal” public practices as museums. I agree with Liddiard that it would be fortunate if museums could play this taboo-breaking role as well, but a few examples show us that this is not always what is expected by the audience. Is this proactive attitude possible when the public has even more voice to decide what the museum will exhibit because of the increasing commercial considerations[4]?

Two examples
Famous is the Enola Gay Controversy. In 1981 The Smithsonian National Air and Space Museum wanted to break a taboo preparing an exhibit on Enola Gay, the aircraft that dropped the bomb on Nagasaki. The public (mostly veterans) did not want the controversial exhibit and the museum had to withdraw its plans. Instead of a critical exhibition people could come to see some pictures and the Enola Gay without critical notes.

Another recent example comes from a more artistic angle. The South African artist and playwright Brett Bailey created a 19th century based Human Zoo where black people are being exhibited: Exhibit B (2014). There were also refugees presented with the text: “found objects”[5]. The purpose of this exhibition was according to the makers to reflect on still existing racism. Everywhere the exhibition met with protest, and the Barbican Centre in London felt forced to close the opening of the exhibition when protesters made a blockade. Such a thing did not happen when the film  Twelve Years a Slave (2013) was released,  although both projects claim to be based on true histories, letting dark-skinned actors play the part of the slave.

So if you look into the controversies that occurred when museums tried to be proactive by exhibiting what was still not mainstream but controversial, you see that they are not always allowed by the public to be the pioneer at the beginning of a cultural shift when popular film and television are. If the museum depends more on the preferences of the audience for commercial reasons as Liddiard says, it might not always be the decision of the museum to be proactive.