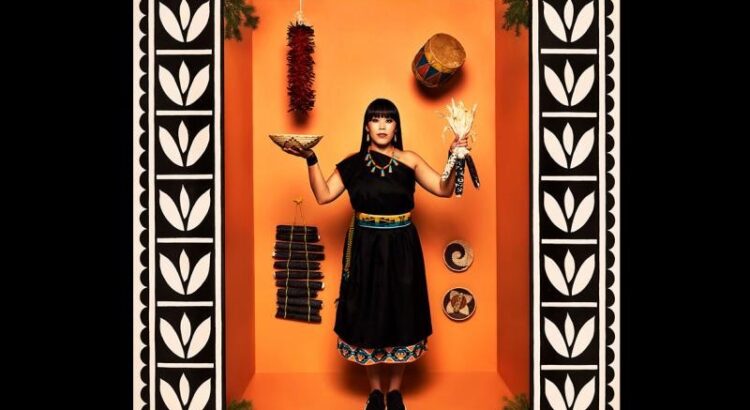 The exhibition First Americans, in the Volkenkunde Museum is part of the bigger commemoration project of Leiden 400. The exhibition is about the resilience of the native American people, who have lived through many hardships since the European pilgrims took their land. The exhibition wants you to take a moment to think about the Native American culture and heritage and how this culture is still surviving within the American popular culture.

Leiden 400 is the somewhat elusive title of a project commemorating the first pilgrims who went to North-America on the ship the Mayflower. These pilgrims were stationed at the Dutch city of Leiden between 1609 and 1620. In 1620 these pilgrims founded the colony of Plymouth in North-America. To commemorate this event that happened 400 years ago, The USA, England, Native Nations and the Netherlands created the Leiden 400 project. There will be several projects on the matter of colonization, the native peoples and the history of the pilgrims in North-America and their connection to the city of Leiden. The project strives to make inclusive history about these subjects and states this explicitly on their website . It is clear that the project is mainly directed at Dutch speakers because the site features long Dutch texts, but when you change the language to English the same page only has one fourth of the text of the Dutch page. The project wants to study the subject:

“from a range of viewpoints so as to contribute to mutual understanding and critical reflection in order for future generations to be inspired.”

The slogan of the project is therefore:

“What you see is what you get”

The exhibition tells the story of the European Pilgrims who arrived in America and the subsequent hardships the native peoples had to endure while they were dislodged from their lands (first corridor, next to the permanent exhibit on Native-American objects). In the second part (second corridor, next to the permanent Aztec exhibition) the exhibition shows how resilient the native peoples are and in what ways they defend and hold on to their culture and heritage and try to solidify their landownership in North-America. And how they place themselves in contemporary American culture. The tone of the exhibit is a positive one. The message is less about what the European pilgrims have done wrong, but it is more about the resilience of the Native Americans. Through artistic expression Native American culture is brought to the fore and it is shown how this culture endures. All art is made by people of Native American descent and one of the curators is also of Native American descent. The funding of the project comes mainly from national embassy’s and the municipality of Leiden. This could very well explain the positive story and the lack of information on the atrocities that the settling Europeans have commited.

“Historical next to modern”

The historical objects in the exhibition are used in two ways. First they illustrate the story of conflict between Europeans and Native Americans in the 17th century. For example the Native American battle club and a dagger sheath.

Second the modern objects are placed next to the ancient artifacts which illustrate the similarity between the old and the new. In this way historical objects reflect how modern art objects came to be. This shows how resilient the native peoples are, because of the survival of their culture in these modern art objects.

The modern artists of Native American descent show in their works how there are certain stereotypes of Native culture. One strong object is the clothing made with a taste of native style and more modern American influence combined.

The explanation by the artist fits the theme with the idea that a lot of people do not see the Native American influences in her works. Exactly this is the point that underlines to what extent the Native culture is embedded in the American culture and that stereotyping is hindering a mutual understanding between Native and European Americans.