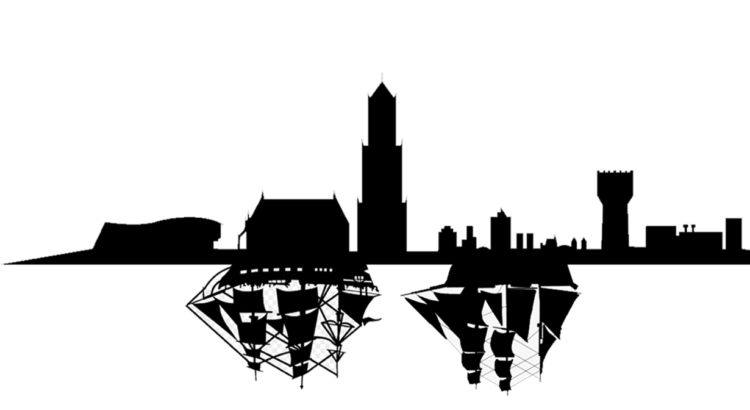 How do you deal with a problem you easily get lost in? You draw up a map! That is what the creators of Mapping Slavery thought of when they launched the internationally known public history project about Dutch history of slavery.

Other than the German Stolperstein project which focusses on the victims of national socialism, Mapping Slavery tries to give a multi-actor perspective by showing locations in cities that are related to slaves and slave owners, black presence and abolitionists. “We are not concerned with the question of guilt, or with saying how bad the Netherlands was”, emphasizes Nancy Jouwe, leader of the project. ‘It’s more about accountability. It’s about history that lasted two and a half centuries, on four continents. That means something to who we are as Dutch people, as a nation. It’s not about a black page, it’s about the whole book’. As the project comes across as a mild and rational, the co-creators have a very strong motivation: exposing what is hidden.

As an initiative from Dr. Dienke Hondius, Nancy Jouwe started the project in 2013 with a group of heritage students. The team now consists of seven scholars who are all specialized in history and heritage. But the project is part of a larger network with a large number of partners. De Vrije Universiteit, Ninsee and Kosmopolis helped establishing the project, but it is also funded by nine different organisations such as funds and foundations but also the Amsterdam municipality. The initiative for the project was inspired by a similar research project in London where compensations records were used to point out the buildings in Amsterdam that slave-owners used to live in.

What Mapping Slavery tries to add, is a new element of redefining the concept op slave-ownership. The West European cities are often excluded from the history of slavery, while the decisions to invest in slave produced product where taken here. In stead of portraying victims and perpetrators, Mapping Slavery choses to display the (financial) system in which slavery was enabled. By telling national, local and family histories the project is trying to include the complex historical connections between ‘home’ and ‘colony’.

‘Racism, discrimination, and inequality are a direct consequence of what happened during slavery, but no one dares to make that connection or to talk about it.’

When you go beyond just the website of Mapping Slavery, you will find out that it is not only a ‘mapping’ collective but do not hesitate in trying different forms of public history. This results in a five-part video series ‘Traces of Slavery, five different podcasts, a great number of lectures, a list of literature recommendations,  a list of publications, city tours and a specific website for high school education. Also on Twitter and other social media, Mapping Slavery does not hesitate in addressing important topics and starting a dialogue. With website have a more serious tone, online the notion is that historical activism doesn’t have to be serious all the time. While the topic itself is serious, you can be creative in ways to discus the topic. ‘An information sign falls into disarray. I think the best way to question an image, in this case a painting, is to contrast it with another image’, says Barbara Henkes. This seems to be the slogan of the collective since they are continuously pursuing new ways of historical storytelling.

And they are being accredited for their ‘active history’ – or as they call it ‘popular education’-  in the media and by other scholars. It doesn’t seem like a lot of people are feeling offended by this new way of historical storytelling. Also historians do not seem to have any problems with a digital platform to display slavery. But why are they not taking in to the next level?

With 2020 being the year of the uprising of Black Lives Matter and people -black and white- asking for explanations, mapping slavery could have been the best way to respond to this call. The website itself only has one news post in 2020 about a new book. With the twitter account of Mapping Slavery retweeting some posts about Black Lives Matter but not showing any other initiative whatsoever, it seems like the project has lost some pace. What better way to make people aware of discrimination and racism if you can show them a map of the relation of their surroundings to the system of slavery? Hopefully Mapping Slavery will take a more active stance alongside the Black Lives Matter movement to make sure the power of the movement will not be lost on historical inaccuracies. Hopefully the project can give the people that are getting lost in racial debates a historical map to offer some guidance.

‘As a history student I thought I knew where I ‘historically’ was, walking around Utrecht, the city I fell in love with. Mapping Slavery puts you back with two feet on the ground.’