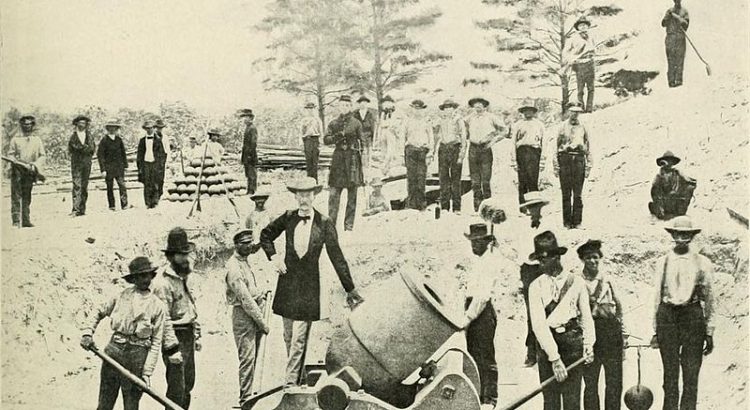 History is never unbiased and can become the centre of, sometimes, heated debate. Leslie Madsen-Brooks proves this point very clearly in her article ‘‘I nevertheless am a historian’: Digital Historical Practice and Malpractice around Black Confederate Soldiers’. The increase of digital tools for people to do their own research has made it possible for everyone to engage in these debates. But where does the historian fit in?

Madsen-Brooks describes how the discussion around the so-called ‘black Confederate myth’ has been transformed as a result of the increase of non-professional historians using digital means to develop and share their own ideas about this myth. On several historical online platforms, visitors have been discussing how many black people have served as soldiers in the Civil War. These platforms have led to the spread of ‘black Confederate soldier narratives’ that are in support of the ‘black Confederate myth’; the idea that there were –large numbers of – black Confederate soldiers that played a very important role in the Civil War. Furthermore, Madson-Brooks describes how the research done by non-professional historians at online platforms can be prone to misinterpretation of (digital) sources.

The role of the historian

I agree with Madson-Brooks on the point that historians can play a useful role by helping people to do their own historical research. There is, however, one very important point about the discussion around the ‘black Confederate myth’ that, in my opinion, makes the role of the historian as ‘guide on the side’ offering research tools and alternative interpretations more complicated: it is a politically charged discussion. Madson-Brooks states that the black Confederate myth has political currency, because the myth has been used to prove the Civil War was not a war about slavery, but a war on states’ rights. Madson-Brooks also points out that in 2011 the discussion around the myth devolved into ‘name calling’. Therefore, the question that comes to my mind is: are people who are engaged in politically charged discussion, even if they are not a member of the ‘Sons of Confederate Veterans’ but part of the ‘mainstream audience’, always looking for the most well-researched historical narratives and well-founded alternative interpretations of history?

In the Netherlands, there have also been a couple of politically charged issues that have been widely discussed on online platforms. The debate around the Black Pete-figure is an example of such a debate. It seemed that many people who were engaging in this discussion – and I think most of them count as members of the ‘mainstream audience’ – weren’t necessarily looking for nuanced, well-founded arguments in support of or against the Black Pete-figure or alternative interpretations of the issue, but were using digital platforms to voice their personal frustration and – strong – personal opinion. It seemed, also, that people only wanted to hear the interpretations that suited their own political vision.

In The Netherlands, historical websites aiming to debunk myths about politically charged subjects by providing an alternative view based on historical facts do exist. For example, a couple of years ago a group of Dutch historians put up the website Vijfeeuwenmigratie; a platform on which people can share their own research findings and stories on migration history. One of the reasons the website was put up, was that the initiators wanted to collect and provide information about the history of migration in The Netherlands. In that way, the initiators hoped the website could play a role debunking myths on migration. In other words: providing an alternative to (populist) views on migration [1] [2]. But are websites like Vijfeeuwenmigratie really able to reach out to the people the initiators want to reach out to on a large scale? And, adding to that, do people really want the ‘full picture’ if their opinion is the result of frustration, anger, and the feeling that they are not heard by, for example, politicians, as is often the case with politically charged subjects?

To guide or not to guide

I think in today’s very accessible digital world it is important for historians to think carefully about if, and if how to take on a useful role in politically charged (historical) debates. To avoid being the ‘guide on the side’ few people are looking for, historians should possibly first look at how they can assist in making a discussion politically less charged. In my opinion, by taking the heat away people become more open to alternative interpretation and well-founded historical research.

[1] Find the link to the speech ‘Feit en fictie over migratie’ Leo Lucassen held at the opening of the website Vijfeeuwenmigratie here.