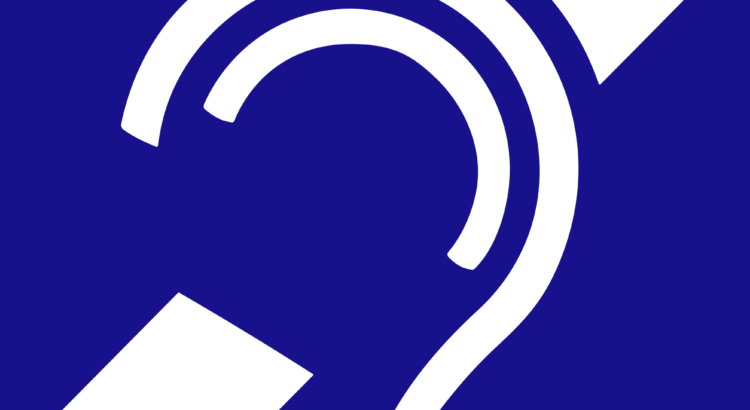 Since time immemorial, humans have coped with deafness by using hearing aids. These were often trumpet-like, designed to focus soundwaves and channel them into the ear. However, these tools only amplified sound, and thus were only useful to people who were hard of hearing. Those who were completely deaf instead developed sign languages to communicate. These sign languages were influenced by the local spoken language, but often had their own grammar and syntax, meaning that they were more than an extension of their spoken counterparts. The history of sign language is worth an entire book on its own, but for now it is enough to know that the creation of these sign languages also led to the growth and solidifying of Deaf communities. It is vitally important to understand that to members of these communities, deafness was not just a health condition, but also an identity. These communities were hugely important because they gave deaf people, who were otherwise unable to adequately communicate or participate in wider society, the ability to meet on equal grounds with their peers. This was so important that members of these communities referred to themselves as Deaf, with a capital D to emphasize the influence their condition had on their identity. But this also meant that attempts to ‘cure’ deafness, often by hearing people, were regarded with suspicion. This is what happened when the Cochlear Implant, or C.I. for short, was introduced.

The first Nucleus Wearable Speech Processor (pictured above) became commercially available for the first time in the 1980’s, produced by Cochlear Ltd.. It would have been used by a person who had a cochlear implant. Simply put, this subdermal implant with a powerful magnet is placed next to the ear and sends signals to the nerves responsible for hearing. It is connected to the external speech processor through the skin via another magnet on the processor. (The ‘wheel’ in the middle of the picture) However, for maximum effectiveness, the surgical procedure to insert the implant has to be performed on deaf children at a young age, though this is only the case if the child is born deaf or becomes deaf early. This means that the decision for a C.I. had to be made by parents on behalf of their deaf children. This would become a source of major concern for members of the Deaf community, as we will see later.

This particular processor in the picture is part of the collection of the Hearing Aid Museum. This online museum is dedicated to the technical history of hearing aids, from the primitive trumpets from the 1850’s to hearing aids from 2005. I really recommend visiting their site to see all the different kinds of hearing aids that have been invented. In this case, it is unclear whether this processor was originally used by a deaf person, or whether it was donated by the manufacturer. We can assume that the wearer –if there was one – would have been part of the Deaf community and used it alongside sign language and lip reading. Additionally, it would likely have been replaced after a few years, if they had the money to do so. Cochlear kept improving on the original design, trying to make it less bulky. As a result, people with C.I.’s could expect a new model every few years. After the museum received this processor, it took several pictures of its parts and put them on their website, along with a technical description.

So why was this object so controversial in the Deaf community? The answer lies in the fact that the community has dealt with audism from abled people throughout its history. Audism is a certain kind of ableism based on the assumption that deaf people should be cured, rather than allowed to adapt to their condition. One extreme case took place in 1880 when during the Milan Conference, it was decided that sign language would be banned from Deaf schools. Instead, the students were meant to learn solely through the use of lipreading. The intent of this decision was to force deaf children to assimilate into hearing society. While this decision to ban sign language was ultimately reversed, there are still Deaf people who remember being struck by teachers to prevent them from using sign language in schools.

As a result, Deaf people generally tend to be cautious of inventions that promise to cure deafness, which at first glance, the cochlear implant appears to be. However, cochlear implants cannot fully replace hearing, especially in noisy situations. Additionally, one person might have a better experience with the implant than another. There is no guarantee that the wearer will be able to fully participate in hearing society without problems. Crucially, these C.I.’s are best seen as a tool for deaf people, supplemented by sign language and lip reading. But remember when I said that the procedure is best performed at a young age? This becomes an issue when the vast majority of deaf people are born to hearing parents. Members of the Deaf community worry that these parents might see deafness as merely a medical issue that can be cured with an implant, and thus neglect to teach their child sign language or introduce them to the Deaf community. The fear is that these children will grow up without the ability to communicate fluently with either the hearing or Deaf communities, leaving them in a sort of limbo. This social isolation would be damaging to the mental health and wellbeing of the wearer.

In conclusion, while people will always have different experiences with their implants, it is best to not to see implants as some kind of miracle cure, but another tool available to deaf people.

This blog post is mainly meant to be a short overview by a (deaf) student on the complicated relationship the Deaf community has with cochlear implants. I want to emphasize that different members of the Deaf community have different opinions on cochlear implants, and thus further reading is always recommended if you want to learn more. I recommend reading ‘Growing Up With a Cochlear Implant: Education, Vocation, and Affiliation.’ by Linda J. Spencer, J. Bruce Tomblin, and Bruce J. Gantz in the Journal of Deaf Studies and Deaf Education 17, no. 4 (2012). If you’d rather watch something on Netflix instead, I also recommend Deaf U, which is focused on the experiences of Deaf students at Gallaudet University.