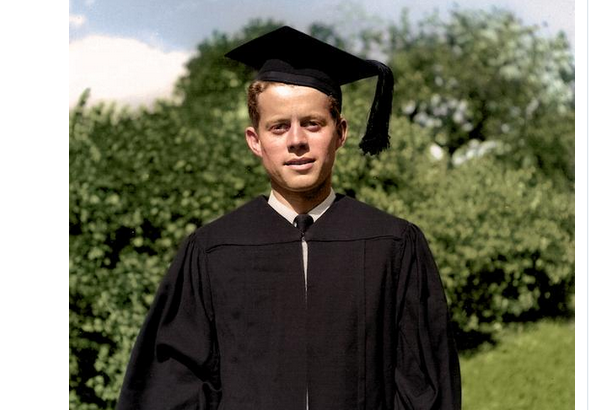 Who haven’t heard of them? Twitter accounts or Facebook pages who pretend to present ‘history’, posting ‘historical’ pictures, like @HistoryInPics. In February 2014 they had 1.02 million followers, which expanded to 2.62 million nowadays [1]. They even have a Tumblr, Instagram and Facebook page. In other words, they are amazingly popular. I would like to point out that we have such pages in the Netherlands too, most of the times specially aimed at local history. For example, De oude doos (the old box) about old Groningen [2]. @HistoryInPics tweets a picture with a historical background, for example old photos of celebrities, cities or events. These tweets are seen by 2.62 million followers and get a lots of retweets, often more than thousands. But is the growing popularity of this type of accounts a good or a bad development in the interest people have for history?

In her article Snapshots of History Rebecca Onion states that “Wildly popular accounts like @HistoryInPics are bad for history, bad for Twitter, and bad for you.” She says they foreclose any curiosity, doesn’t give any sources or contextual material and I agree partly with her opinion. I want to describe some of her theses first and then explain my agreements or disagreements.

Rebecca Onion: “Wildly popular accounts like @HistoryInPics are bad for history, bad for Twitter, and bad for you.”

Onion points out that these accounts always share the same pictures of the same stuff. Popular, scoring items are posted every week, like Kurt Cobain or Audrey Hepburn, parts of New York, London or Paris and everything that has a connection with World War Two. Most of the time the accounts are reusing each others photos. In this part I agree with her, take a look at all the history accounts and you will see a lot of the same. Onion also claims that accounts like @HistoryInPics ‘never linked out to sources or contextual material’.[3] Because of that, the curiosity of people stops, the placed photo pretends to show just how it was without any complexity. In the Netherlands the Nationaal Archief (National Archive) @gahetNA post photos with a historical background and does show the complexity. They attribute some context to them and give attention to outward-leading links. In this way they show the complexity of histories. They have the same goals like Onion on her account @SlateVault ‘to surface compelling, beautiful, or funny items that reward a second look, and then stay on your mind, stoking your curiosity’.[4] I agree with Onion that this is a good way to make people curious. Rebecca Onion claims that because @HistoryInPics adds no context, they deny the complexity of histories and in that way history can become a glossy. I don’t think it’s necessarily bad that history sometimes is presented as a glossy. In this way, you can make people interested in history who aren’t interested in history in advance. One of our jobs as a public historian is to arouse interest from the non-academic public in history. This is also partly a goal of the two co-founders of @HistoryInPics, who aren’t historians. They have been interviewed by The New York Post. They are ‘simply happy [so much] people are interested in and getting access to history’. The thing about getting access to history is perhaps a little too much appreciation for themselves, but I think it is noteworthy that they too want to get people interested in history. When you combine this with their huge popularity, you can say that this historical interest has been aroused in many people. In the interview, the co-founders say their focus is on education, to inform viewers about history. As said before, Onion argues it’s better to give some context, but from the other side the co-founders maintains that 140 characters are enough to whet someone’s appetite for learning more. I think this is a good opportunity for further research, on which point someone’s interest (or the interest of the average person) in history is aroused. For their outward-leading with more information about 200 years kingdom link click here. [In Dutch]

In my opinion, accounts like @HistoryInPics do create interest in history, but they don’t give a historical context like @gahetNA does. If they want to learn people about some histories, it is important to give that context. Some histories are best suited to the strategies like @HistoryInPics follows, others cannot be told in such ways. For example, you can show celebrities and their history by showing famous pictures of them, but you can’t just show a picture of World War Two without telling the historical context. The only thing I can conclude is that these accounts are a good development, because they raise more interest in history, but arousing interest is all they do. If people want to know more about history and it’s context, they can choose to follow other more serious accounts, like @gahetNA.

[2] You also have Oud Amsterdam, about old Amsterdam, which I would like to use for our assignment two.